They’ve been around for centuries and have proved valuable, but what is that worth? It’s the question we all want answers to – how much does a billboard cost? Well, that depends on a few things. Let us explain.

What is a Billboard?

At the risk of stating the obvious, the Miriam Webster Dictionary defines a billboard as a flat surface, panel, wall, or fence on which information is posted, specifically outdoors. They can be on giant sides of the road, on buses, in airports, or pretty much any other surface you can imagine. Also, there are now many great digital options to allow for ever-changing and interactive billboards.

How Prevalent are Billboards?

Some estimate that there are between 425,000 and 450,000 billboards dotting the landscape along American highways.

The effectiveness of billboards is not limited to the United States. bMedia Group contends that billboard advertising is an ideal way to promote products and services and build brand awareness in Puerto Rico.

In a Forbes study, almost twenty-five percent of those surveyed stated that they visited a store the same day that they saw a billboard advertising their products. And even when they didn’t, the brand often lodges in their mind to return next time they find themself considering that product or service.

Financial experts have calculated that the return on investment for billboard advertising is almost six dollars for every dollar spent.

It is little wonder that companies like Cracker Barrel spend almost half of their advertising dollars on outdoor advertising.

How Much Do Billboards Cost?

Exactly how much does it cost for billboard advertising? The answer to this question is not as simple as it sounds. Several factors determine the cost of a billboard. However, here is one example:

If you print an advertisement on a fourteen-foot by forty-eight-foot billboard, you will need seven hundred square feet of vinyl. The cost of the materials will run anywhere from three hundred to five hundred dollars.

Renting the advertising space for your ad will cost between five and eight hundred dollars a day. Prices vary with location, as well as how many days you want the ad space.

How Much Does It Cost to Get a Billboard?

The question of how much do billboards cost has multiple factors that go into the answer.

As with real estate, the location of your billboard is crucial. Your aim is maximum viewing by your niche market.

It is not surprising that billboard costs increase with size. Studies show that the larger the advertisement, the more impressions it will make and the bigger the impact on the consumer. Larger billboards require more material and higher labor costs to erect them.

Writer Kelly Main points out that size, location, and duration all play a part in billboard costs. For example, billboard costs average between $750 and $1,500 per month in rural areas. In small to midsize cities, the costs rise to between $1, and $2,000. In larger cities where many more people will see them, the cost of billboards rises to between $14,000 and $15,000.

Costs also vary with the type of billboard. There are three types:

Demographics consider the people who pass by the billboard. Your niche market considers the age, gender, socioeconomic level, education, and occupation of the people you are trying to attract with your advertising. If you are trying to attract a larger audience, higher-income individuals, or those with higher education, the cost will likely be higher.

Generally speaking, the larger your target market, the higher the cost of billboard advertising.

How Much Does it Cost to Put a Billboard Up?

Aside from the costs associated with the physical structure of the billboard, there are also other costs relating to the creation and setup of a billboard. So, how much does a billboard cost?

When it comes to the actual design of the billboard, it’s not something you want to take shortcuts on. You can pay premium fees for a billboard in a prime location, but if it looks low quality, it can actually hurt your brand.

There are essentially three aspects to a billboard ad: the concept or idea, the copy (the words), and the visual design.

Definitely consider hiring a specialist for all three of those areas. Many people think they can come up with an idea, write it, and then pay a graphic designer to whip up a beautiful image. That can work, but creating ads is a skilled craft (especially considering the strategy involved in outdoor media), so you may be surprised at the quality (and return on investment) you’ll get from expert help.

For any stage of the process, you essentially have three options:

The prices for these different options can vary significantly depending on your location and who you hire. A rough estimate is everything from $30 to hundreds per hour. In many cases, it will take striking a balance between quality and affordability.

Physical Cost of the Billboard

An obvious, but sometimes overlooked, cost with billboards are the actual materials. This really will only come into play if you’re building your own sign because any outdoor advertising agency should already have this factored into their cost structure (but, double-check!).

If you are building your own, you will have to consider the cost of the real estate, the building materials for the structure, the vinyl for the sign, the printing on the vinyl, and the construction and maintenance costs.

Maintenance and Other Recurring Costs

The costs don’t necessarily stop once the sign is installed. Depending on the local climate, you have to maintain the billboard to keep it looking fresh. Most billboard companies will have any fees built in the initial contract, and they usually cover the agreed-upon time period. Keep in mind that you may again have these costs if you decide to extend.

Rapidly changing technology has made it easier for billboard advertisers to capture the attention of those who drive or walk past. Interactive technology has transformed billboards from static images painted vinyl frames, walls, and vehicles. The Internet has made billboards increasingly smarter. These electronic billboards appear next to bus benches, shopping centers, or on walls in high traffic areas.

Once popular, digital billboards proved easy to ignore. On the other hand, new interactive billboards speak—literally and figuratively—to your niche market. “Smart” advertisements can dynamically react to their environment. They can send and receive data. These billboards can adapt to demographics, weather, and time of day. Billboards of the future will react to their environment and audience by changing the content based on information collected about those who view them.

Why Invest in Billboards?

If you want to get higher brand recognition, you have an event to publicize, or you want to drive more traffic to your website, billboards are an economical and effective tool.

Billboard advertising broadcasts your business, products, services, or an upcoming campaign to a wide audience.

People spend an average of 70% of their time outside their homes. Compared to other types of marketing, billboards give you maximum exposure.

How to Get Started

Now that you have the answer to the question how much does a billboard cost, you may be wondering about next steps or other additional information. Advertising experts like bMedia can break down billboards according to price, type, format, and message.

They can help you achieve your advertising goals using their experience in outdoor advertising and their technical skills. bMedia Group offers a wide variety of out-of-home media choices. They have one that will fit your goals and your budget. They have proven success at targeting any audience.

To discuss how bMedia Group can help you achieve your advertising goals, learn more about our billboard advertising. 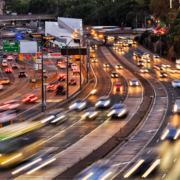 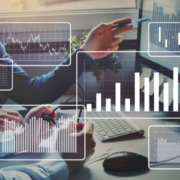 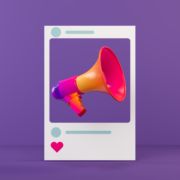 How Long Does a Billboard Stay Up?
Foods to Try in Puerto Rico

How to Promote Your Business in the Community
Scroll to top