Billboards have been around for ages. In fact, archaeologists have even found evidence of what they believe to be “ancient billboards” dating back thousands of years. Regardless of your age or where you live, billboards have likely been a part of your life for as long as you can remember. They’ve become such a common part of life that we probably don’t even think much of them when we see them. However, for advertisers, billboards can be an integral part of any campaign or advertising strategy.

Billboards aren’t still used today just because they’ve been around forever. Advertisers still use them today because they get results. The effectiveness of a billboard is measured by its return on investment (ROI), how many people see it on a regular basis based on location, how memorable it is, and how likely it is to create a conversion or a sale.

Are you still wondering, “Why use billboards to advertise?” Read more to find out why this tried-and-true medium of advertising is still just as prevalent as ever!

Why use billboards to advertise?

The answer to this question should be obvious. It is, however, also very multi-faceted and probably more nuanced than you might think. Billboard advertising is great for targeting specific audiences, causing repeated exposure, capture attention from people who might not want to be advertised to, and so much more.

One of the most important things to consider when crafting a marketing strategy is your target audience. You want to make sure that you’re getting your message in front of the right people. If you have brick and mortar location or a relatively limited service area, then you don’t want to waste money on ads that target people outside your area. You also want to make sure that the people in your service area hear your message. Billboards allow you to succeed on both counts.

The location aspect of billboards also allows you to be strategic about your budget. Billboards in more rural areas will obviously be less expensive than those in high-traffic, urban areas. However, you’ll still be able to reach a relatively large audience for a lower cost.

Some messages are better for billboards than others. People drive by billboards regularly, but they tend to go by them quickly unless the area is known for especially heavy traffic. Messages that are easy to digest and actionable are especially effective. A study asked people to discuss their engagement with billboards. Let’s look at their answers.

On a roadside billboard, have you ever…

Notice that simple, clear, and actionable information had the biggest impact. Billboards work on an almost subconscious level, their message sinking in as people drive past them day after day. Messages that are witty, time-sensitive, or related to immediate needs all have an especially big impact on drivers.

Billboards capture one of the few captive audiences left.

Today people are inundated with advertising from the moment they wake up until their head hits the pillow at night. But people also have more ways to avoid engaging with ads, when ads come on TV they look at their phone, and they can use programs to block ads from their phone. In this sort of environment, how do you make sure that people actually pay attention to your ads?

There is one place where people have to keep their eyes on the world around them, and that’s when they’re in their car. If you really want people to pay attention to your ad you need to catch them when they are in traffic. Strategically placed billboards with the right outdoor advertising ideas allow you to do just this.

That’s 48 minutes a day where people are staring out the front window of their vehicle. Beyond that, it’s time when they might be thinking about your message. After drivers see your message, they will have the rest of their drive to process it. And this can happen every time they drive past your billboard!

Many people underestimate the power of billboards because they have outdated perceptions in terms of their perception of billboards. Digital billboards have brought this advertising tool into the 21st century, allowing billboards to take full advantage of the latest technology.

Instead of using one permanent image, digital billboards are essentially large computer screens that can be programmed to display messages in a range of innovative ways. Things can be as simple as switching between images periodically so that multiple advertisers can cut costs by sharing a single billboard, or they can get more complex by utilizing animation and real-time updates.

People who can recall seeing a digital ad in the last month:

These figures were taken from a study based on self-reporting, but there is still a clear takeaway. When people see a message in person, they’re more likely to recall it than when they see it online. As digital advertisements become more prevalent and invasive in our everyday lives, many people have begun to not notice these ads as much. If a consumer is exposed to the same ad consistently and frequently, they may begin to experience ad fatigue. Ad fatigue is the event in which one ad appears to a consumer so many times that the CTR (click-through rate) of that ad begins to go down.

Compared to digital and online ads, billboards are clearly much more memorable and don’t contribute to ad fatigue in the same way that online ads do. People are more likely to pay attention to place-based ads and billboards because they are much more noticeable but much less invasive.

Billboard advertising stands above the rest.

Billboards occupy a unique place in the advertising landscape because of their physical presence. They aren’t ephemeral like radio, TV, and internet advertising. They stand on the side of the road, their message emblazoned across a giant canvas. There is a power in the billboard that other advertising tools just cannot recreate.

Billboard advertising isn’t a magic solution to every marketing need, but when used correctly it can do things that no other method can. If you have a clear and actionable message that you want to convey to a captive audience, then a billboard might be just the thing you need.

As we’ve said multiple times, billboard advertising can also be an incredibly cost-effective method of advertising. For not that much money, you can get way more eyes on your ad than virtually any other medium for the same amount of money. You can also customize the location, design, size, and type of your billboard to match your business’ specific budget and needs.

Why use billboards to advertise? bMedia is here to answer that question! The professionals at bMedia are the leading experts in outdoor and billboard advertising in Puerto Rico. Whether you have an idea for a billboard already and need help executing your campaign, or you haven’t even started, bMedia is here to help. 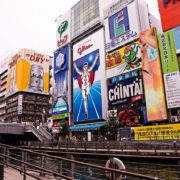 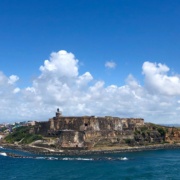 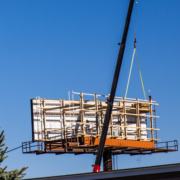