They say that a picture is worth a thousand words, but what about an action? It is one thing to say you are capable of doing something, but an entirely different thing to actually demonstrate it. This logic governs the concept of resumes and portfolios in the working world. Unlike day to day life, billboard advertising usually relies more on telling than showing due to the restrictions imposed upon by the medium.

Enter Publicis and their innovative billboard for the insecticide company, Orphea, which has found a creative way of getting around the limitations of physical ads. 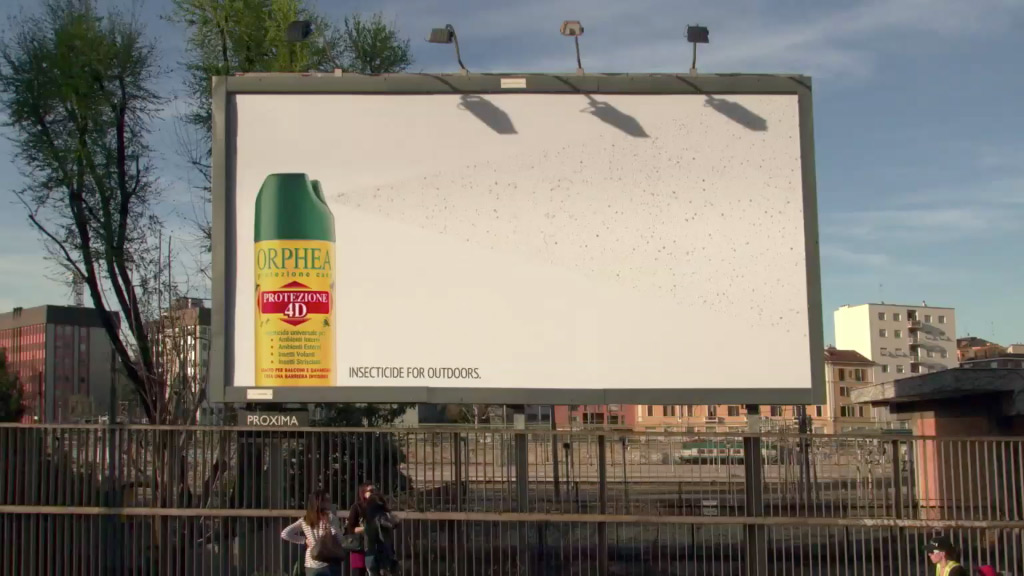 First, in order to add a little bit more context to this ad we must understand its location. While easy to overlook if one isn’t careful, the location of an ad is crucial to reaching your target audience. This very same billboard would not be nearly as effective in say, Antarctica, for instance. Even though it is not present for long, the video does a good job of establishing the climate and conditions of Milan, Italy, with a shot of a nearby cloud of bugs. This communicates the idea that to the locals insects are a constant and troublesome issue during the spring.

Even though most everyone can relate to bugs being annoying, the location for this specific ad caters to an audience with a real and prevalent need. 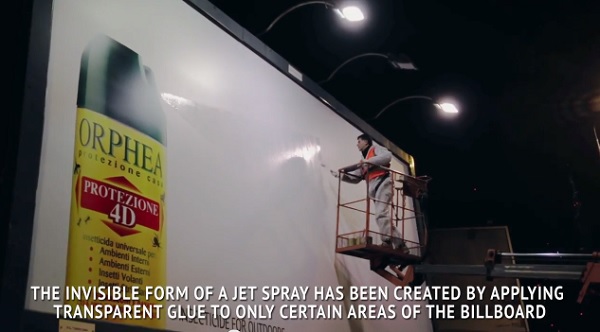 In order for Orphea to sell their bug spray they must convey to their audience, “our insecticide is effective at killing insects.” If one were to just look at the original graphics of the billboard though, only the name of the company and the product are displayed. The billboard informs the consumer that the product exists, but ultimately fails to get across how effective said product is. Technically, this would mean that a violation of the basic guidelines has occurred.

“Rules are what the artist breaks; the memorable never emerged from a formula” – Bill Bernbach

Compare the live performance of a speech versus the transcription of said speech. Elements such as body language and eye contact are lost when only one form of presentation is utilized. In order to fully analyze the strategy of this campaign one must look past any individual medium of information and must take in the piece as a whole. In this case, the ad uses action instead of using static images and text to convey efficacy of the product. This ad doesn’t need to say anything because it directly shows the purpose and result of the product. This creates a wordless and automatic association of action and product within the minds of the audience. 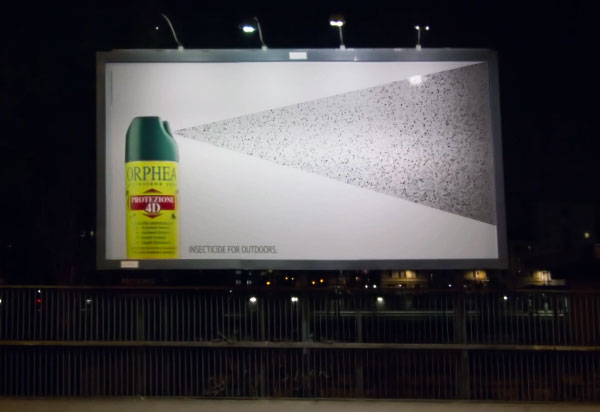 A Matter Of Time

Things normally become less interesting the more we experience them. Even someone’s favorite song runs the risk of becoming dull if heard often enough. Billboards are much the same way. A creative and unique billboard might grab your attention the first time, but what if you had to drive past that same billboard on your way to work every day for a month? The novelty wears thin eventually.

Most shopping decisions are made on the move. Drivers stuck in traffic or on a long commute have time to think about their wants and needs. -SmartDataCollective

The temporal aspect of this ad makes it even more effective over time however. The true nature of this ad isn’t stuck in any one point in time. From the original posting to the final result, none of these are really the “completed” ad. The billboard continues to change and grow in an organic way which adds something new for the consumer every time they may pass it. If this was a part of someone’s morning commute, tracking the progress of the ad would no doubt become a staple of their morning routine while it was around. This keeps the ad, and likewise the product, at the forefront of the consumer’s mind. If one secures that very precious spot in the consciousness of the consumer, it becomes much more likely that they will be remembered when a purchasing decision is about to be made.

A Billboard of Coupons from Burts Bees

The Most Expensive Billboard In The World
Scroll to top