We all know that the day would come that robots would invade our world, but it looks like science fiction was being overly dramatic in a lot of the horror stories.  They never mentioned how profitable the robots would be.

That’s right, we live in a world where billboards are thinking.  They can read you, decide what you’re thinking, and give you the best possible ad.  From there, all you can do is grab your credit card.

Did you know this was an option for your business? 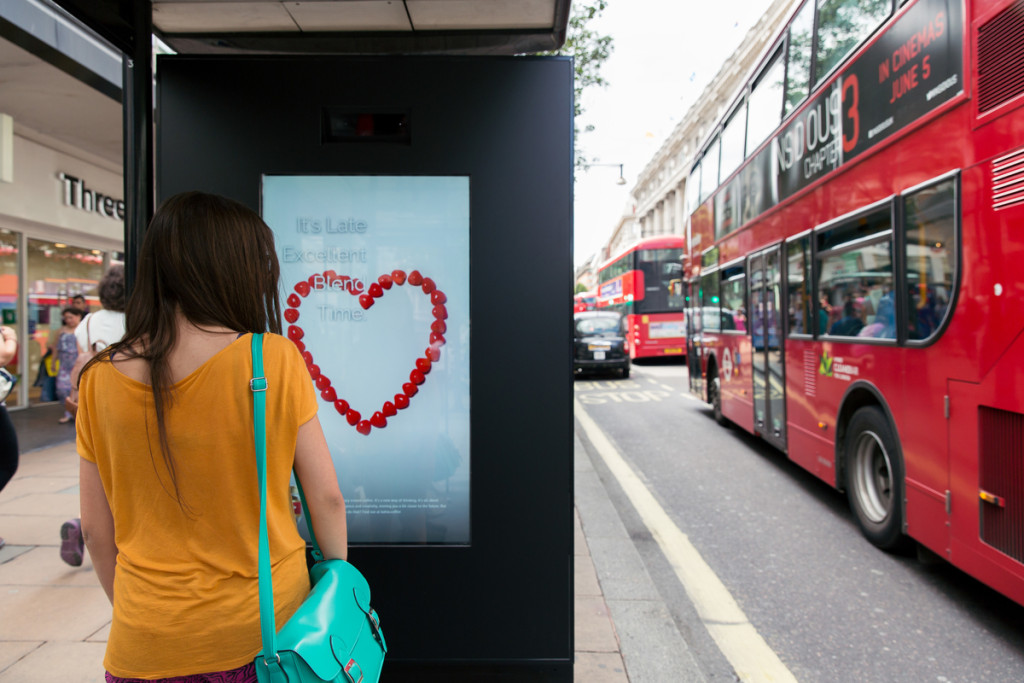 So, What is This Intelligent Billboard?

Billboards were installed in London last year as a test of the technology to see if it was possible for a computer to successfully design the perfect ad – on its own.  They had a digital display, and they had a camera inside to read the people looking at them.  The first step was to decide what sort of mood the person was in.  Then, depending on whether the viewer was happy, sad, or neutral, it would display a different version of the ad.  Afterward, it analyzed the responses to measure how successful the ad was.  Finally, it repeated the good ads and trashed the bad ones.

You might imagine that they developed some sort of incredibly advanced technology to make this happen, but that actually wasn’t the case.  This was put together by the M&C Saatchi Advertising Agency, and they were working with Clear Channel and Posterscope to make it happen.  The billboards just had a Microsoft Kinect camera inside, so they were really just using technology that had already been developed for playing video games.  Kinect is able to read people’s reactions, so it gets the job done.

Bahia:  The Coffee of the Future

Unfortunately, this whole campaign probably created a lot of angry customers.  For the experiment, the advertising agency decided against using a real brand, so they simply made one up.  The product was an instant coffee called Bahia, and it’s not the type of thing that usually draws a lot of attention.

The Evolution of the Ad

The billboard was only advertising the one brand, so it was fairly limited in what it showed.  It didn’t promote sports cars to one person, laundry detergent to the next, and allergy medicine to a third.  Instead, it was programmed to use a series of different fonts, colors, and styles to see how different people reacted to the plea to buy coffee.

Why Spying on Your Customers Works

While the first instinct of many is that this whole idea is kind of creepy, it can actually work to improve everyone’s life.  If you remember that the main goal of advertising is to let people know about products or services they want, then this just helps eliminate all the noise on the street.  Instead of wasting your time, these smart billboards were able to show people what they wanted to see.  Also, since it measured reactions to see what people liked and didn’t like, and it can help make higher quality advertising in the future.  It’s basically like having a focus group that’s composed of, well, everyone.

Why the Internet Isn’t As Important as We Think

The internet has become a great place for businesses because it makes it possible to measure things in a way that has never even been remotely possible.  A lot of companies have been using it as an excuse to steer away from more traditional forms of advertising media, but this could put a stop to that pattern.  Internet browsing history is a great way to build a profile of your customer, but nothing beats walking around town with them and asking them their opinions.  If this technology can be in a few bus stops in London, it might not be long before it’s all over the globe.

One nice feature about this little experiment is that it was designed in a way that wouldn’t let it cause any invasion of privacy.  It didn’t follow the standard internet strategy of storing all your information.  Even if it did, it wouldn’t make a huge difference because it never actually knew who it was looking at.

Time for You to Do the Same

Do you use similar techniques in your business?  Even if you don’t want to go to such extreme measures as this campaign did, are you taking advantage of modern advertising strategies? The marriage of technology and traditional advertising is a key relationship in influencing consumers.

The Relationship Between Traditional and Digital Marketing