From a young age, McDonald’s does a great job of pushing its image of a playful wonderland right into your head. That works pretty well, but eventually you grow up, and Ronald McDonald becomes less and less interesting as the years pass.

But, it’s not only children who like to play. Adults may be too shy to order a Happy Meal, but they enjoy having some games in their life.

A few years ago, the fast food chain managed to get full grown adults to unleash their inner child. They even managed to make it happen in a crowded square.

But, how did they do it? 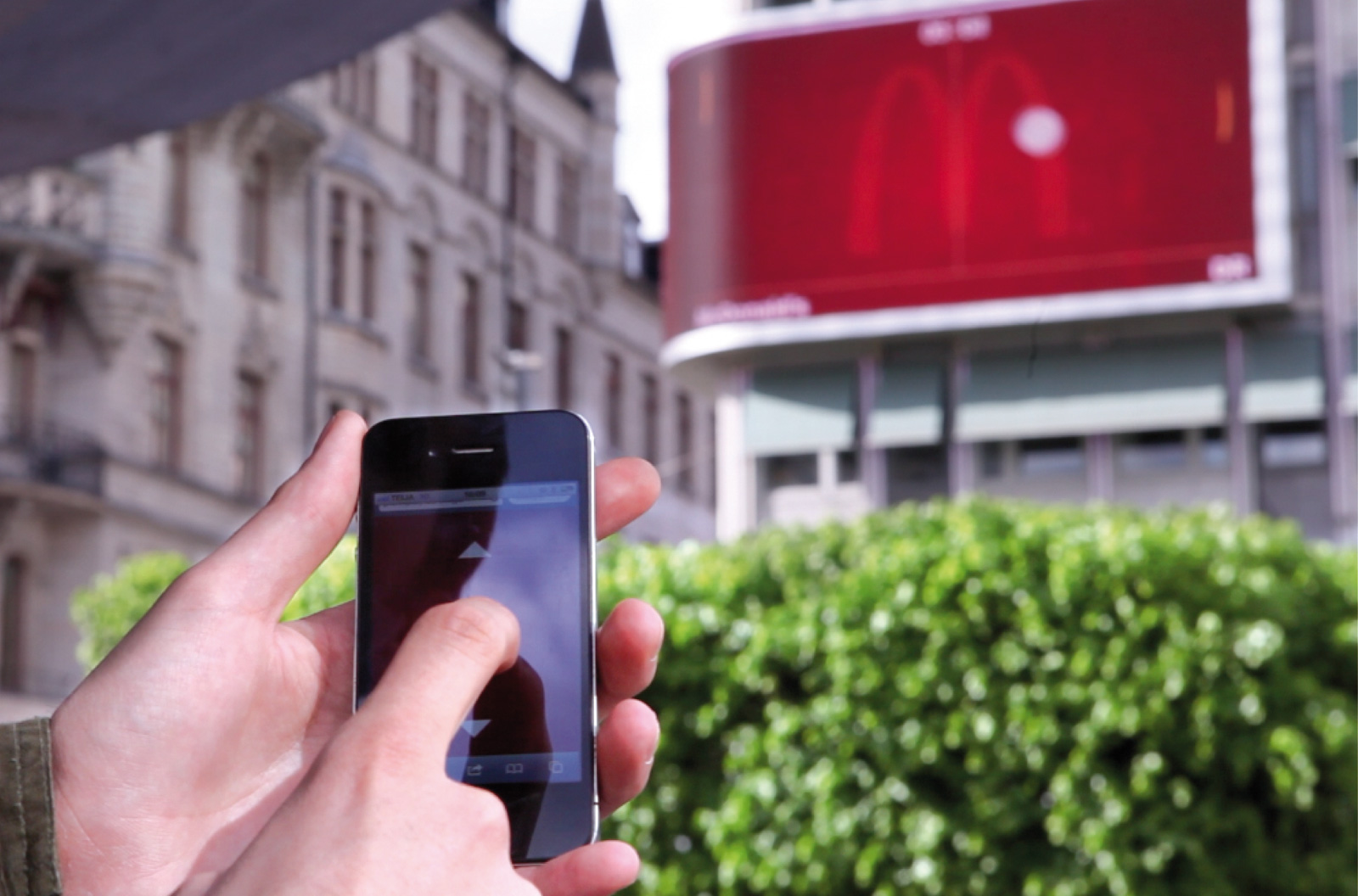 A Playground for All Ages

To set the scene, take yourself back to the year 2011, and imagine you’re walking through the streets of Stockholm, Sweden. Now, look up at the giant Golden Arches on a billboard, and pull out your smartphone.

Are you ready for a game? It’s not difficult. As a matter of fact, it’s pretty similar to the game of Pong. The digital display will bring up a video game in which a ball starts bouncing from one side to the other. Using your phone, you move a paddle up and down so the ball doesn’t escape.

Who wouldn’t want to give it a try?

The Details of the Game

This stunt was put together for McDonald’s by DDB Stockholm, and it was quite a hit. Many people participated because it was so easy to do, and if they played well enough, they could win a prize.

The game didn’t require an app download or any other complicated procedure. All people had to do was go to the website that the billboard advertised, and it used their location data to make sure they were actually there.

Consumers got to play, and they had to survive for 30 seconds. If they did, they were rewarded with a coupon for free food at one of the nearby restaurants. 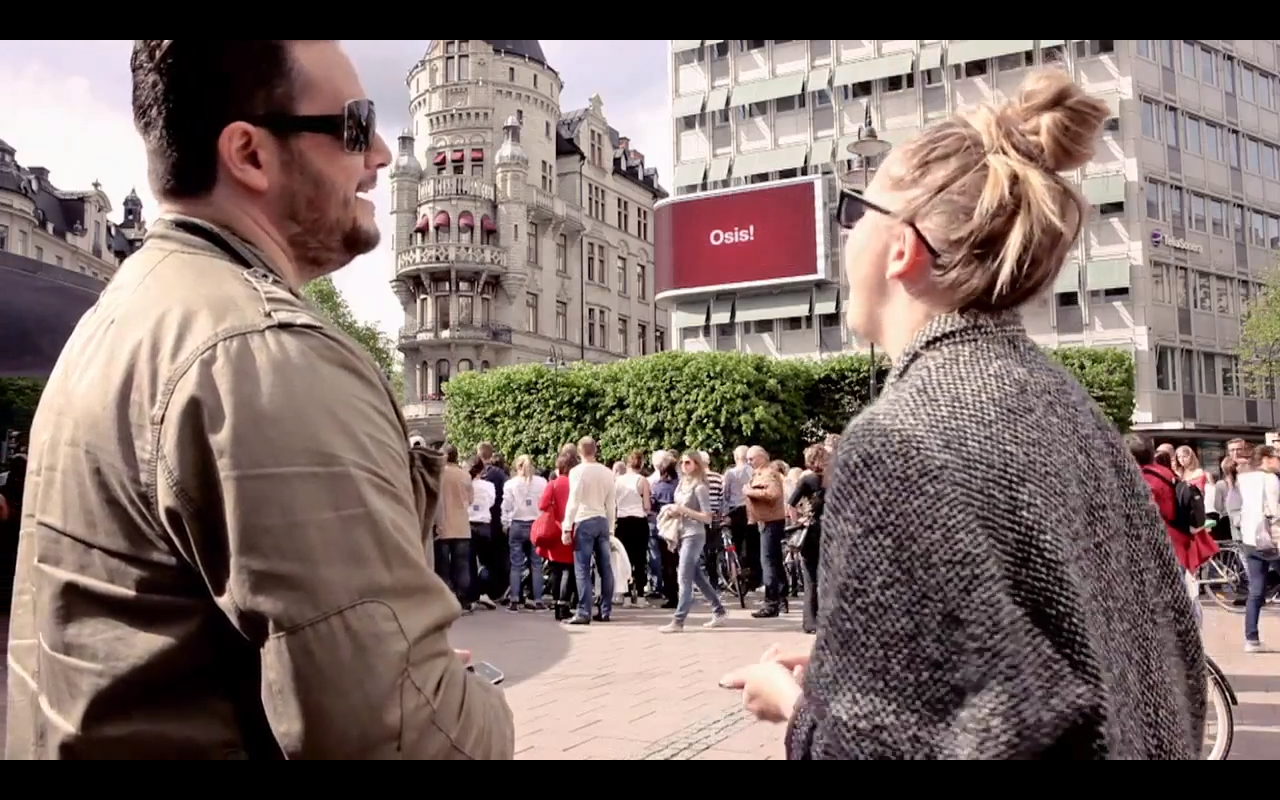 Lack of App Was Key to Success

One of the major reasons this campaign was successful was because of how simple it was. When doing something like this today, many people will instinctively decide to ask consumers to download an app to play along. They even try to build that app in a way that the users can take it with them and play later, and it’s seen as a great reminder of the brand.

While that method can work, it causes a major entry barrier to anyone thinking about participating. That was the real beauty of this one. There weren’t any downloads necessary, and the players didn’t have to register. They just visited the website, played the game, and (hopefully) won.

Then, they popped into a McDonald’s to enjoy their delicious trophy.

Another great feature of this campaign was the interactivity it offered. Billboards are often used to advertise a competition or communicate results of something happening, but they’re very rarely the actual game board. Good signs are passively seen and melted into the subconscious of the potential consumers, but it’s proof of a great idea when people want to stop and actively discuss it with each other. 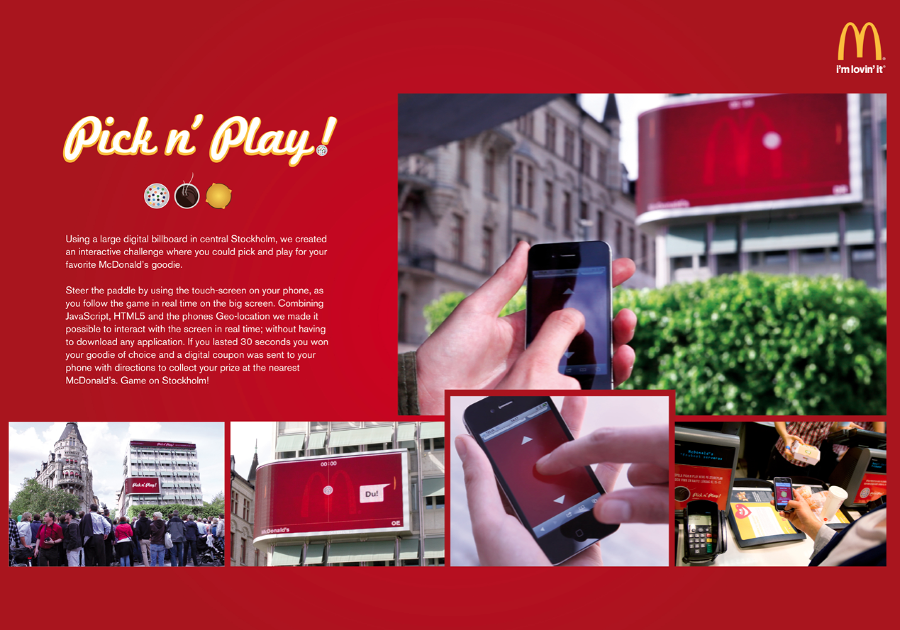 An additional clever aspect of this plan was the call to action that was disguised in the form of a prize. Instead of just suggesting that customers stop by for lunch, they gave them the incentive of free food. They may or may not buy lunch during that visit, but they’ll remember the location (and hopefully the good experience they had) next time they’re in the area.

Also, bragging to friends about winning something for free is always a great way to encourage word-of-mouth communication.

Do You Use Mobile in Your Campaigns?

If you haven’t ever tried integrating mobile experiences in your campaigns, this is a great example of why you should. Don’t forget that it can go far beyond mobile ads or having an app that makes it easier for your customers to interact with your company. Smartphones are a major part of life in the 21st century, so consider them just as strong of a medium as billboards, radio/TV, print, and online channels.

Not The First McDonald’s Billboard Game

A year before this billboard happened, the same agency created a similar sign for the burger chain. It was less interactive because it only required customers to snap a photo of fast moving foods, and they could show that for a real version of the item for free in a local McDonald’s. As mobile technology improved, the fancier version was possible. Just imagine what we can do now!

Have you ever had a similar idea for your business? At bMedia Group, we love to be a part of making these amazing concepts come to life, and we’d be happy to talk about how to turn your creative thoughts into a reality.

A Syrian Home from IKEA
Scroll to top